Potrait of former Morningside College professor Winford Lee Lewis (1904-1906) he was also a U.S. soldier, as the head of the Chemical Warfare Service unit in Washington D.C., he developed a lethal poisonous gas, that would later be known as "Lewisite" in 1918. The poisonous gas was scheduled to be used in World War I, but in November of 1918 an armistice was signed and the war ended. 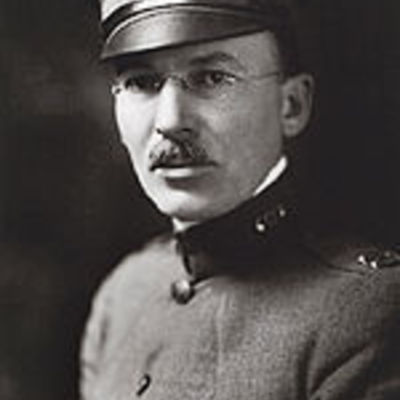