Campus and the Shadow of Oncoming War

As the nations of Europe threw themselves at one another throughout 1914 through 1916, Morningside College was a thriving institution. It was recovering from a stretch of bad years and a few fires on campus, yet was still expanding with the construction of a new gymnasium and the rebuilding of Charles City Hall. The school had benefited greatly from a merger with another small Methodist institution in 1914.[1] Athletics and debate were closely followed by Morningside Students, often dominating the front page of the college's student run newspaper, The Collegian Reporter. The biggest concern for Morningside College President Alfred E. Craig at the time was student absences and rowdiness. Students and Faculty paid close attention to what was going on in the world, and a common debate topic was whether or not the United States should join the war across the Atlantic. 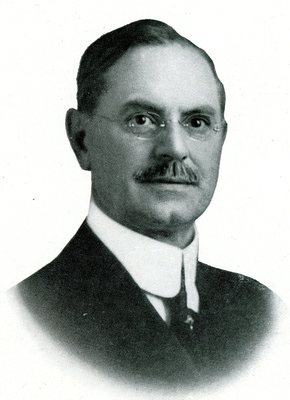 By February of 1917, it had become clear to many students that war with Germany was inevitable. The atmosphere on campus was getting tense, Despite a few voices against war, many students were seeking ways to help out with the coming war. They debated on the merits of military training on campus, and whether or not it would be a good fit on campus.[2] President Craig delivered multiple lectures on loyalty and duty to country during the weekly chapel sessions on campus. He often spoke about the merits of education and religion. Other times he expressed support for President Woodrow Wilson. His enthusiasm for Wilson's policy extended to entering the European was against Germany.[3]