With many of Morningside College's young men in the US military, it was unavoidable that some would not make it back after the war. Two of the more prominent students who died during the war were Albert Behmer and Charles Fry. Altogether 11 Morningside students were claimed by the war, most were victims of sicknesses like the Spanish Influenza.[17]

Albert Behmer in his football gear, circa 1917.

Alfred E. "Little Al" Behmer would have graduated in 1918 had he not joined the US Army during the summer of 1917. He was a star quarterback for the Morningside College football team, known as "the Little Methodist General" on the field. He was a popular figure among students and faculty alike. Behmer was a corporal in the 168th Infantry, 42nd Infantry Division known as the "Rainbow Brigade."[18] His unit was one of the first to be sent to Europe as part of the American Expeditionary Force. Corporal Alfred E. Behmer was killed in France on March 9th, 1918, and became the first Morningside student to die in the war.[17] 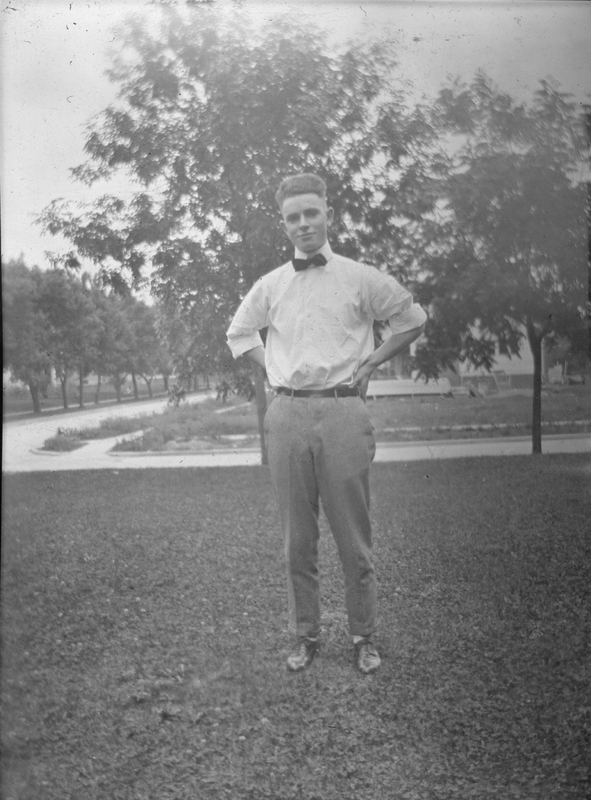 Charles Fry, like Behmer, was Class of 1918. He was a member of many campus organizations, including student President during the 1917-1918 school year. He joined the US Army in 1918, and was placed in Officer Training at Camp Dodge, Iowa. Fry was a victim of the Spanish Influenza epidemic that hit the country towards the end of the war; he died in October, 1918, at Camp Dodge.[17]