Faculty Respond to the War 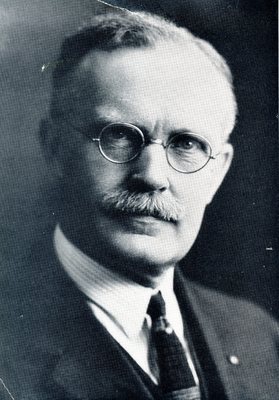 Morningside Faculty showed enthusiastic support for the war effort as well. Professor Herbert G. Cambell and his wife, Pearl, volunteered with the YMCA doing relief work in France.[11] The Cambells traveled to Europe on many occasion, both before and after the war. Professor Cambell also took part in a speaking tour on the continent promoting President Wilson's 14 Points and the League of Nations after the war. 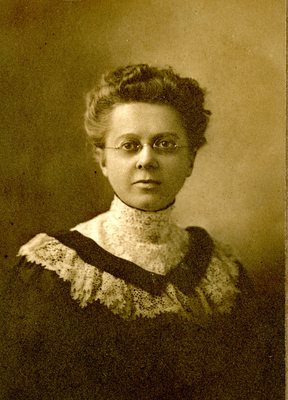 Professor Cambell was not the only faculty member to leave Morningside College for a brief time during the war. Agnes B. Ferguson, Professor of German, was employed by the US government in 1918. Her knowledge of the German language came in handy during a time where it was treated with much suspicion  and everyone was on the lookout for German spies. Professor Ferguson worked for the Postal Censorship Committee from February 1918 to December of the same year.

The faculty that remained on campus were not idle. As soon as hostilities began, the college administration made arrangements to facilitate seniors volunteering for the military. The seniors were allowed to graduate with their class even if they volunteered before finishing their smeseter. [4] For non-seniors who enlisted, credit for the semester's classes was given based on their grades at the time of enlistment. [13]By fall of 1917, Morningside College began to take steps to incorporate war support into the curriculum. A whole slew of new classes appeared in the class catalogue for the Fall 1917 semester. There were Nursing and First Aid classes taught by local medical staff, and the "Student Cadet Corps" was replaced by an official class option that would fullfill a physical activity requirement.[14] There was a desire to match the efficiency that many associated the Germans with at the time, so a class literally called "General Efficiancy" was added to teach "efficiancy in all things."[15] Morningside College was one of many universities that added a course on current events, to try and understand the causes that led to the horrific conflict.[14]

Finally, there was President Craig. He strongly advocated for students to remain in school, because he defined the goal of education as training future leaders.[16] In that sense he was helping the war endeavor by training the minds that would lead the rebuilding of the world. 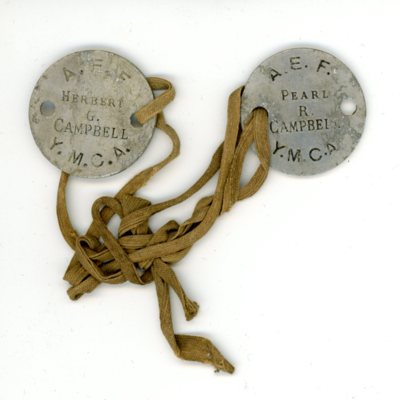 Professor Herbert G. Cambell and Pearl F. Cambell's identification tags from their time in France with the YMCA 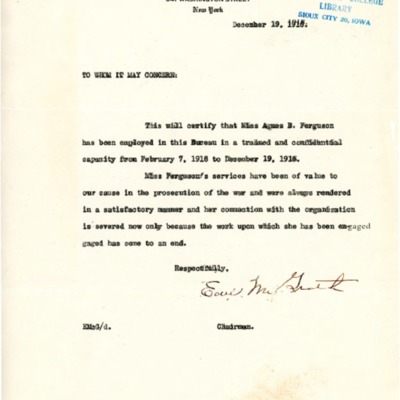 Letter of Employment for Agnes B. Ferguson