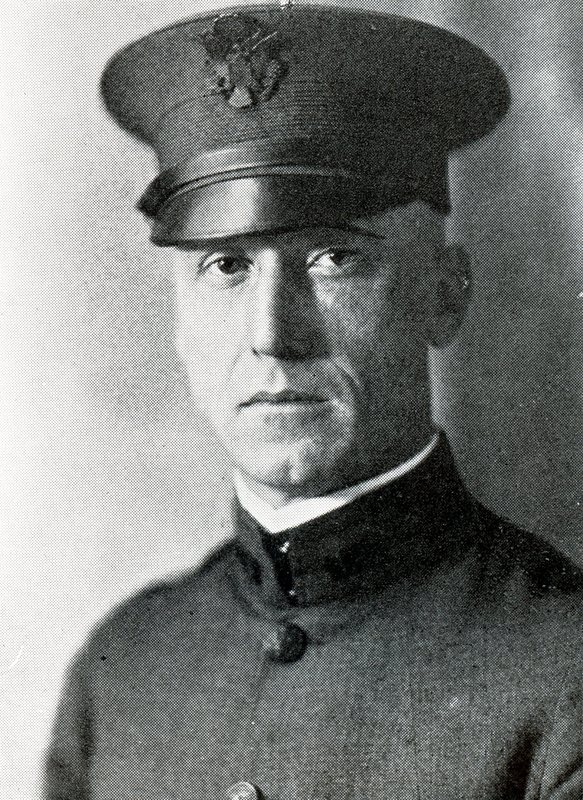 Morningside College was one of 400 higher education institutions selected by the US War Department to host a Students' Army Training Corps unit in August, 1918. The US Army sent around 200 soldiers to attend school and train at Morningside College. The army covered the cost of the student-soldiers' equipment such as uniforms and rifles, and each of the SATC students recieved $30 a month, or the equivilent pay of a private.[19]

At 11am on October 1st, 1918, all SATC units across the country took their oaths of allegiance to the United States before the flag. The Morningside SATC students took their oath before the large flagpole at the front of campus at the time.[19]

The War Department assigned Lieutenant Harry Brown to oversee the training of the Morningside SATC students. The Students' Army Training Corpss was demobilized by the US Goverment in December of 1918, and Lt. Brown remained at Morningside College to lead the newly established Reserve Officer Training Corps on campus. [20]

To ensure the proper training of the SATC students, the US government practically took over Morningside College during the fall of 1918. For that semester, Morningisde switched to quarters of 12 weeks of classes rather than a semester of 18 weeks. Classes began running 6 days a week during this time. There was much less time for athletics on campus, and men's literary societies ceased meeting altogether for the fall of 1918.[19] 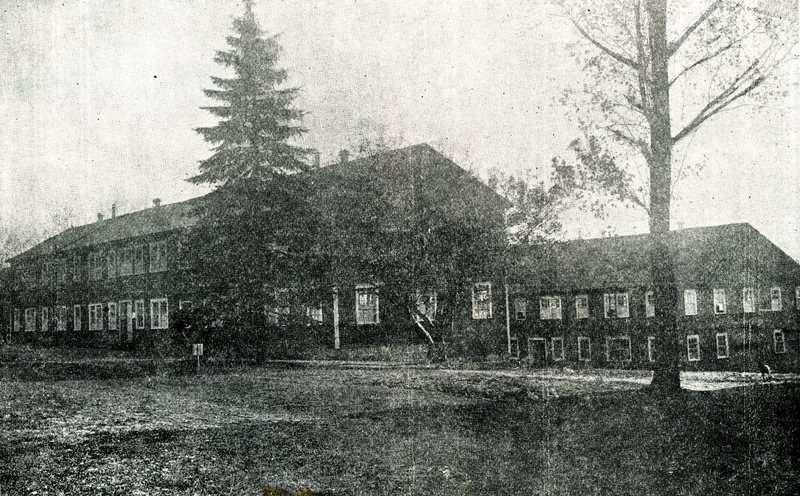 Exterior of two of the 4 barracks buildings built on campus to house the SATC students. 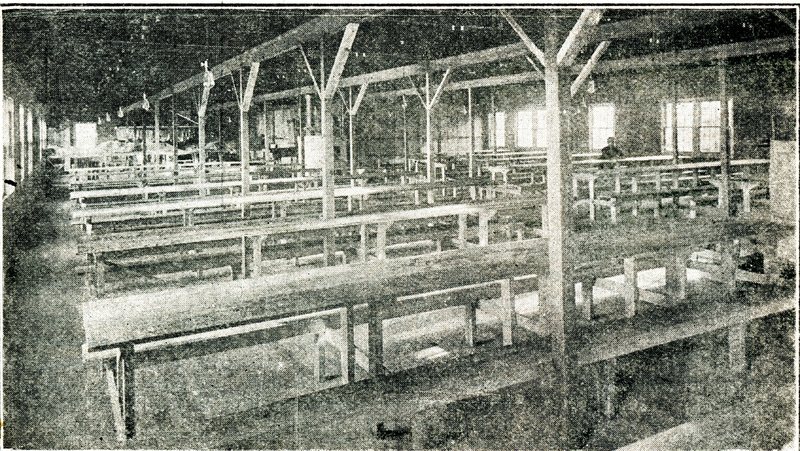 Mess Hall in the SATC Barracks where the student-soldiers would take their meals.

In order to house the 200 SATC students sent by the program, Morningside College constructed four new buildings on campus. The barracks were built to house the entirety of the SATC unit so that the regular campus buildings remained untouched. The barracks were constructed  quickly in mid 1918 with help from the Sioux City Commercial Club, who donated a large sum of money to the project.